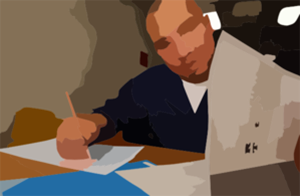 The June CVARC VE session served 14 candidates, including one who passed all three elements in one sitting, going from no license to Amateur Extra.  Among those who earned new licenses or upgrades at the session were:

CVARC conducts exams on the second Sunday of each even-numbered month. The next session is scheduled for Sunday, August 12 at 8:30 a.m. at the East County Sheriff Station.