I have a barely used MFJ-993B Intellituner and an MFJ-5124 Radio Interface for sale. Both are in excellent condition. I believe the Interface is specific for Yaesu radios, and is presently configured for the Yaesu FT-450D.

The tuner has a few scratches on top from being installed and removed from my go-box but, otherwise, it’s in excellent condition.

Anderson Powerpole connections have been added to the Radio Interface.

Well, another year is coming to an end.  And with it, so does my term as club President.

I hope everyone has enjoyed these last two years – the meetings and programs, the Field Days, Picnics, project builds, the holiday parties, and everything else we’ve done.

END_OF_DOCUMENT_TOKEN_TO_BE_REPLACED 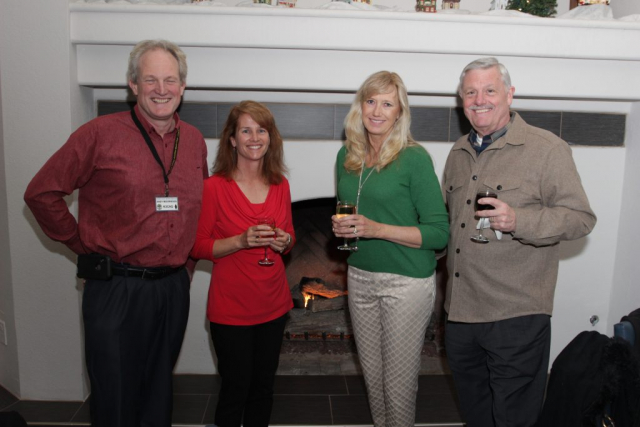 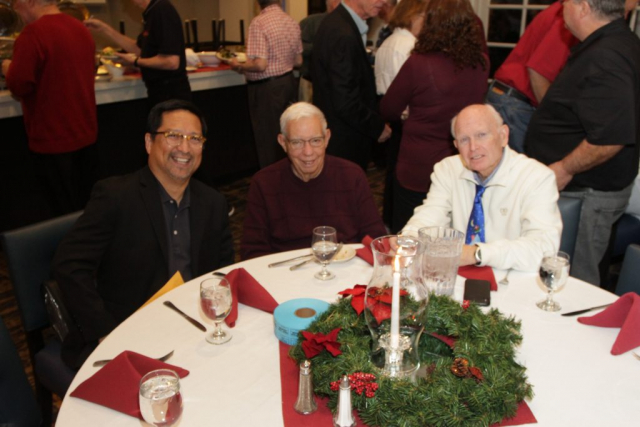 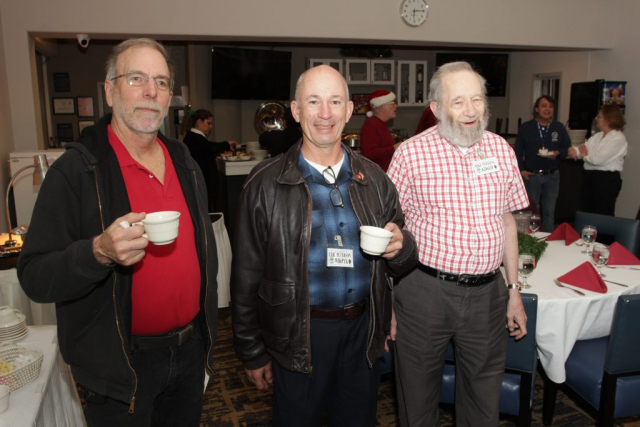 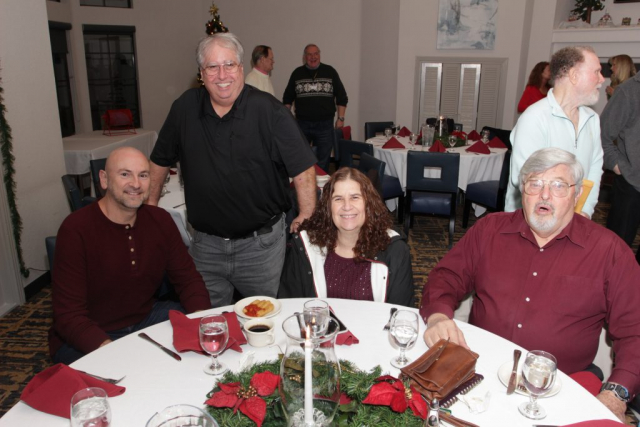 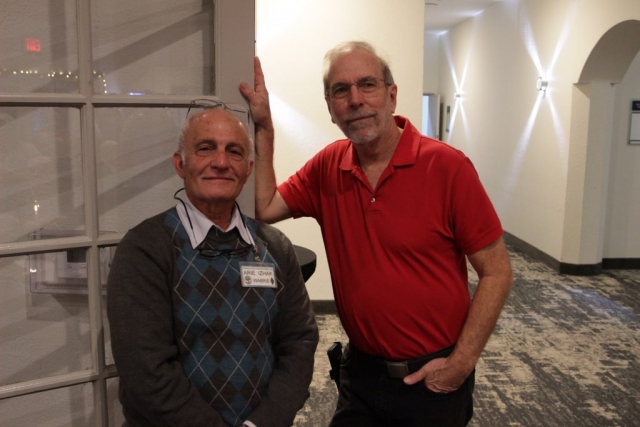 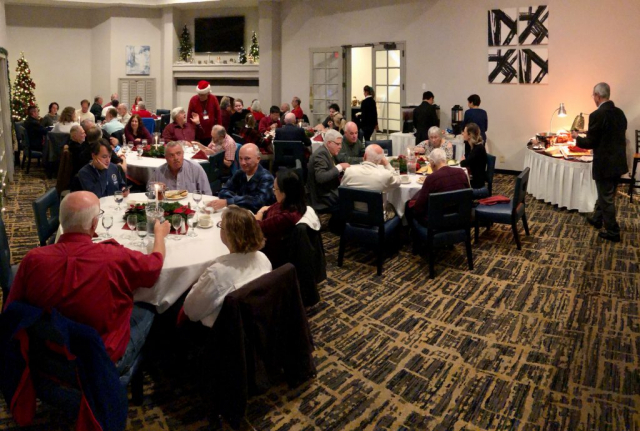 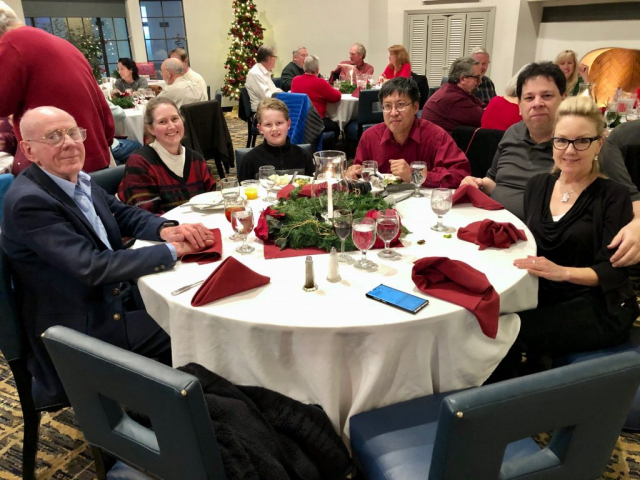 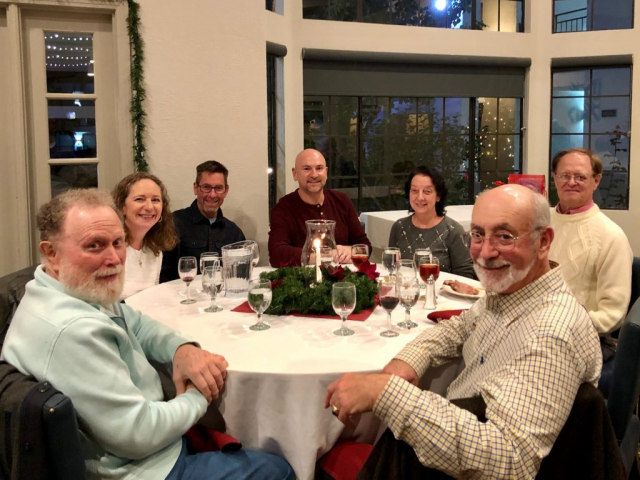 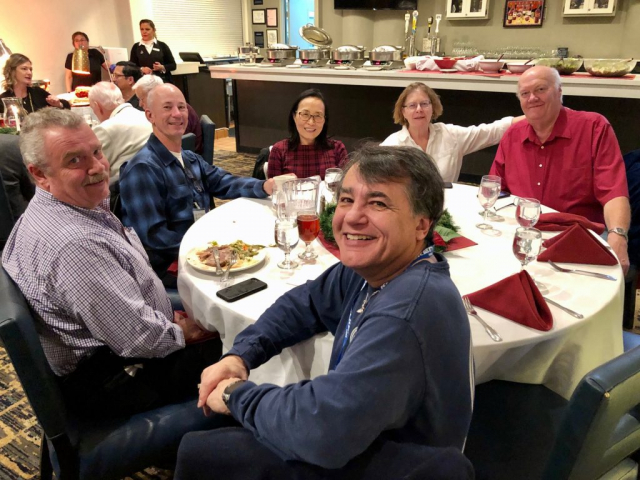 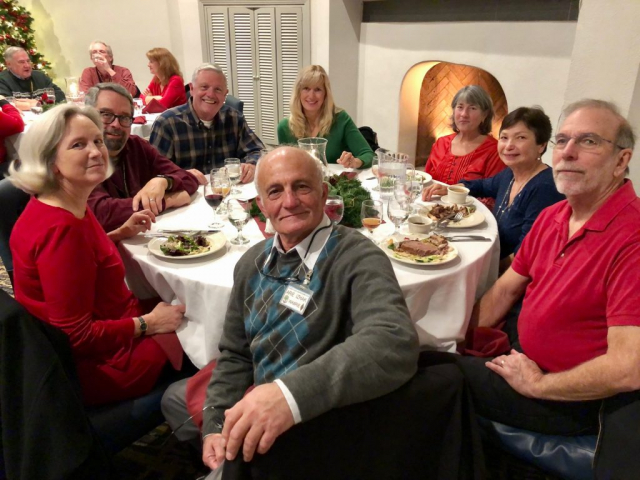 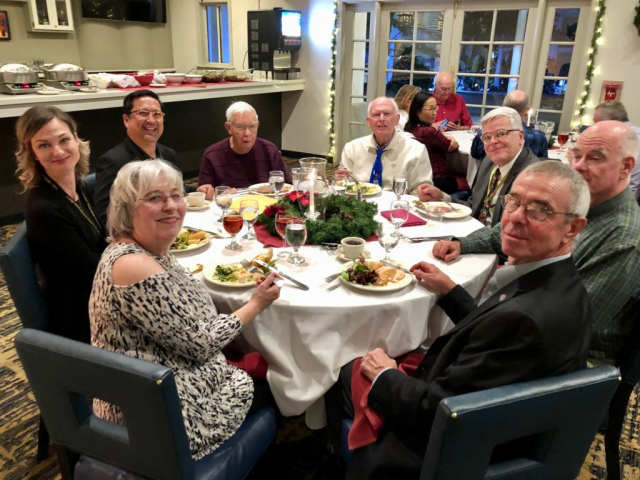 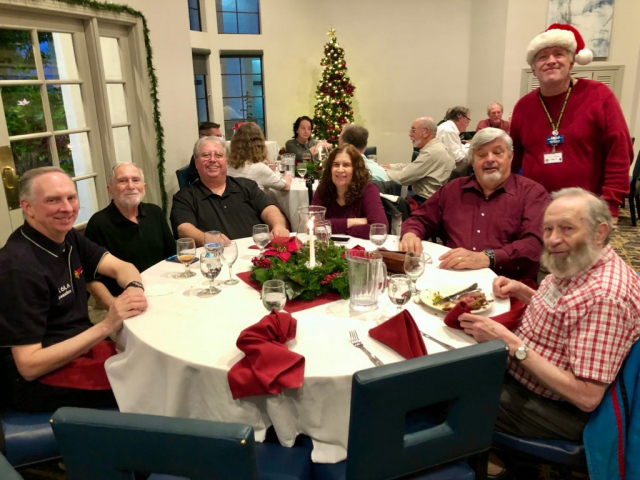 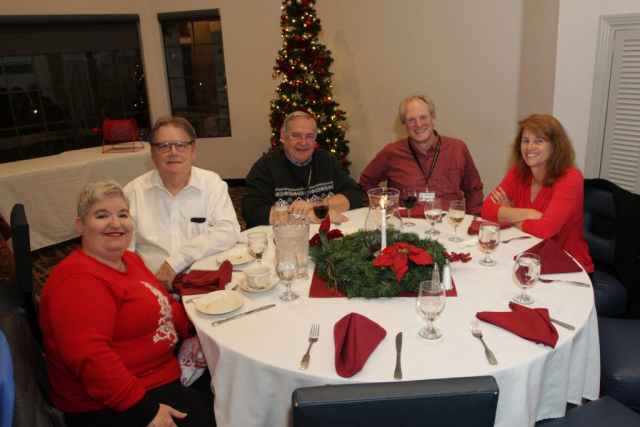 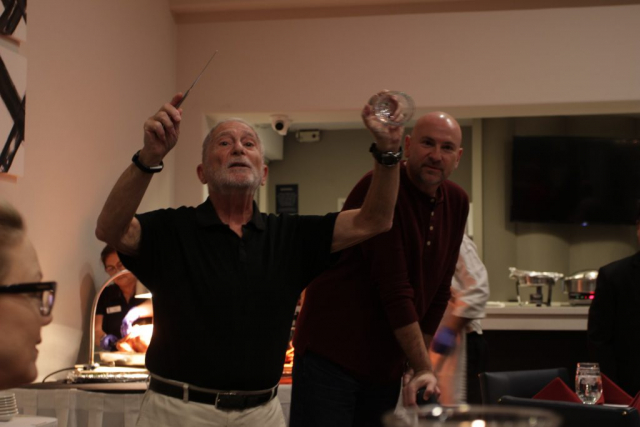 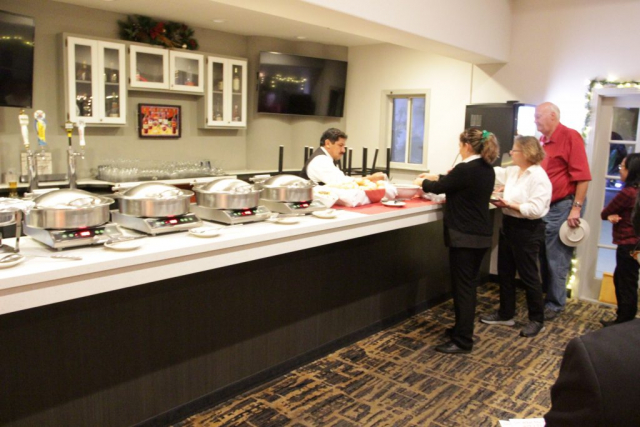 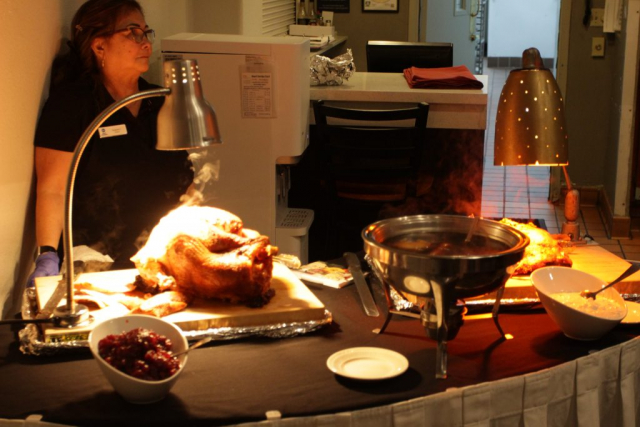 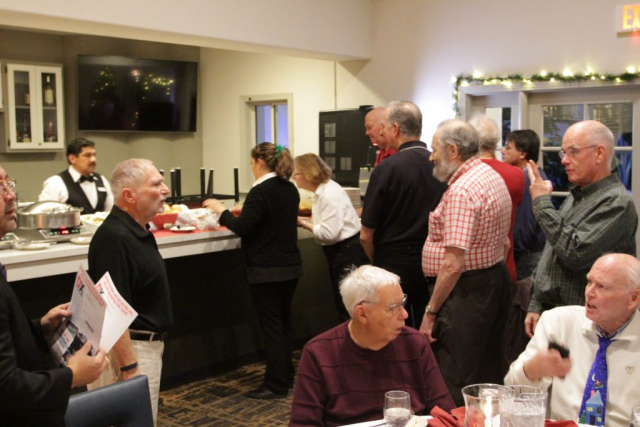 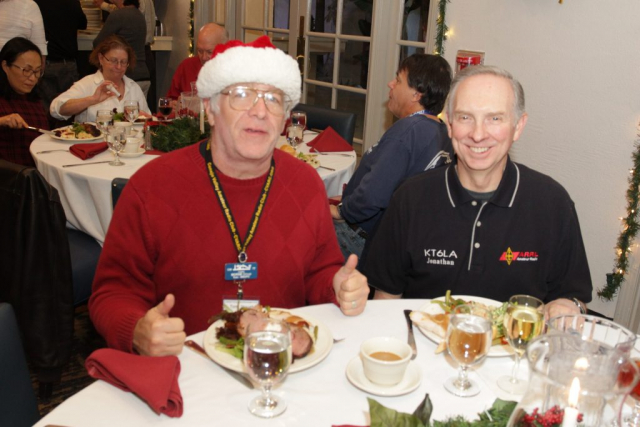 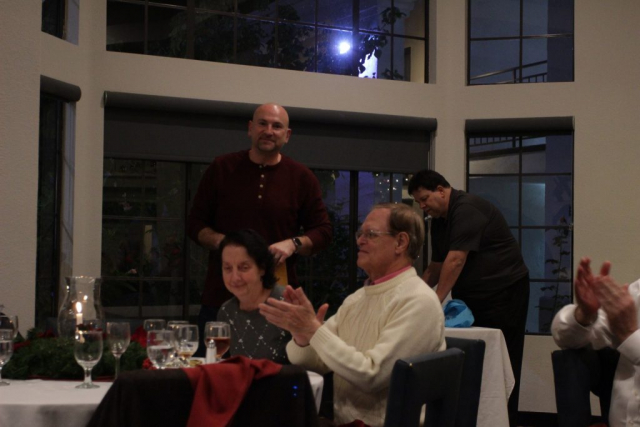 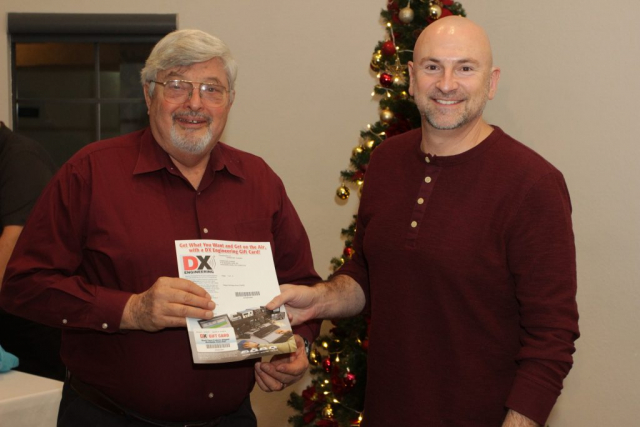 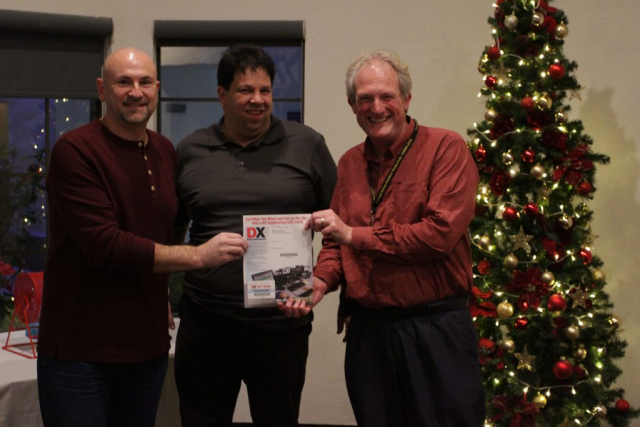 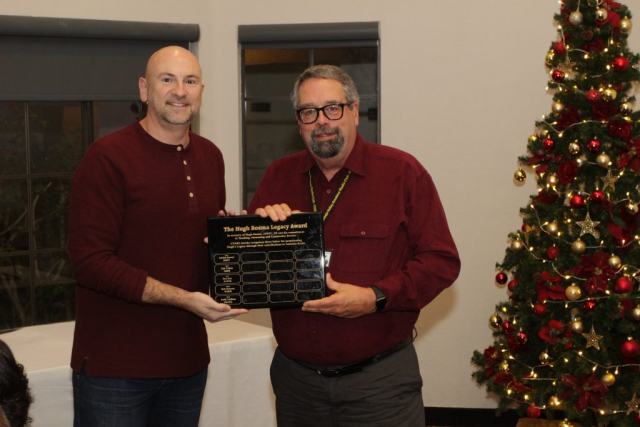 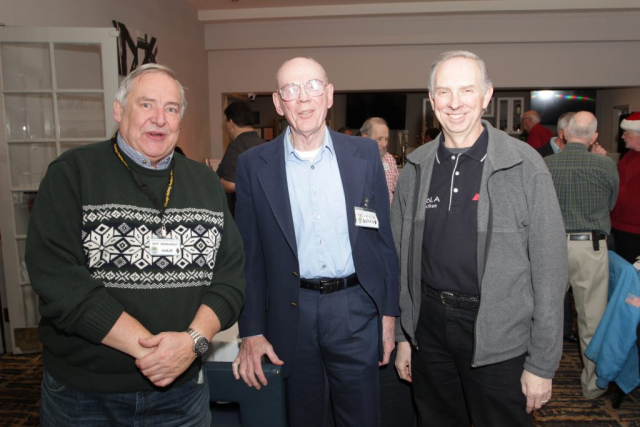 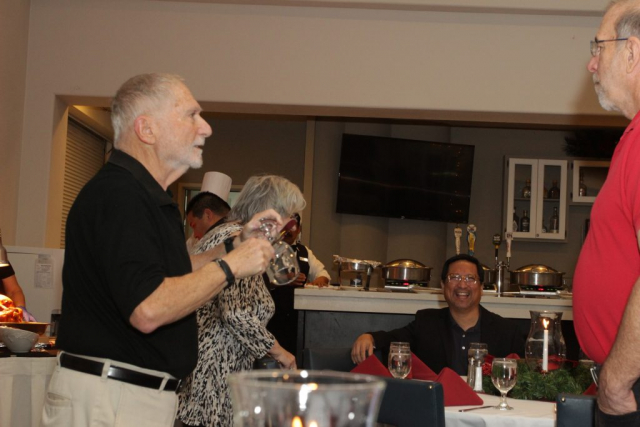 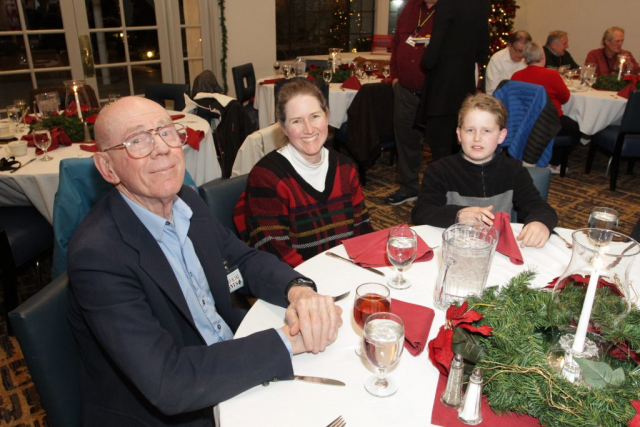 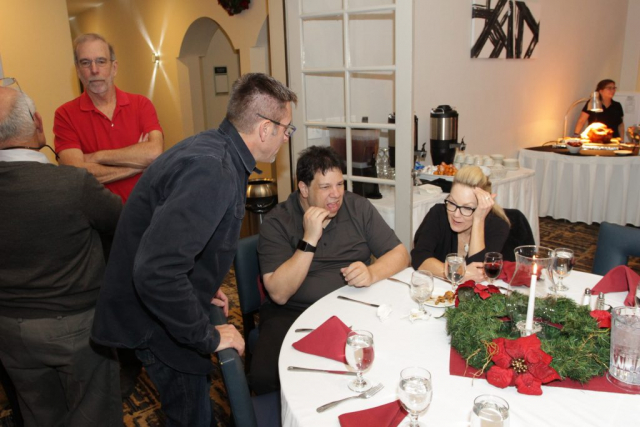 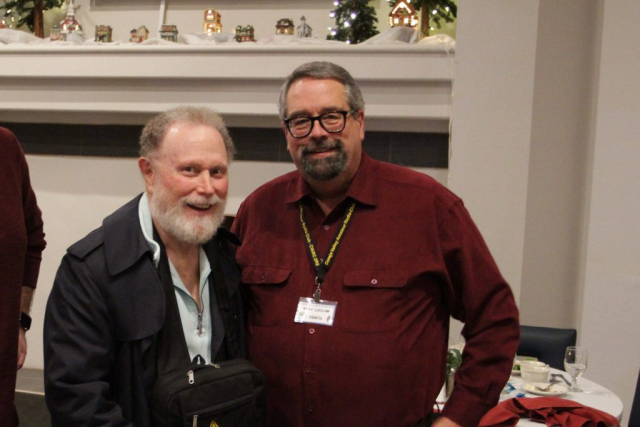 The CVARC Holiday Party is coming up fast.  It’s Thursday, December 19 at the Best Western Posada Royale, 1775 Madera Rd in Simi Valley, starting at 6:00.  We’re able to accommodate a few more people, but you must act fast because we have to give the venue a final count within the next few days.

If you would like to attend the Holiday Party, please email me as soon as possible at ad6sf@cvarc.org  The cost is $27.50 per person.  You can send your payment to PO Box 2093, Thousand Oaks, CA 91358 or bring a check to the party.

The Holiday Party includes appetizers, a delicious buffet dinner, raffle prizes and, of course, we’ll be announcing the winner of the Hugh Bosma Legacy Award.

END_OF_DOCUMENT_TOKEN_TO_BE_REPLACED

Join CVARC members and their spouses at our annual Holiday Party, complete with a buffet dinner, awards and raffle prizes.  The Holiday Party is on Thursday, December 19 starting at 6:00 at the Best Western Posada Royale, 1775 Madera Rd., Simi Valley. The cost is $27.50 per person. Sign up and pay at the November club meeting, or send your payment to CVARC, PO Box 2093, Thousand Oaks, CA 91358 by December 1.

END_OF_DOCUMENT_TOKEN_TO_BE_REPLACED

On Saturday, November 2, Andy Moorwood-K3CAQ and Bill Willcox-KF6JQO went on a mini DX-pedition to Mt. Pinos, the mountain in the Los Padres National Forest located on the boundary between Ventura and Kern counties.

The summit of Mt. Pinos is 8,847 feet, making it the highest point in Ventura County. To reach the summit, however, means a three mile hike. Understandably, Bill and Andy chose to operate from the Nordic Base, which is still an elevation of roughly 8,300 feet.

During their two hours on 20M they made a total of 9 contacts, including stations in Ohio, Wisconsin, Vermont, Tennessee, South Carolina, Texas and in the Canadian provinces of Alberta and British Colombia. They reported hearing an operator in Grand Cayman but say they were unable to make the contact.

END_OF_DOCUMENT_TOKEN_TO_BE_REPLACED

Diane Wainwood-KJ6JEJ visited ARRL headquarters and operated as W1AW. Diane said she made several contacts, mostly in the Carolinas and other states along the east coast. She also visited the Hiram Percy Museum and, of course, the gift shop.

END_OF_DOCUMENT_TOKEN_TO_BE_REPLACED

Just 8 days after participating in the 135 cm (222 -225 MHz) SPRINT, Woody-WA6WDY, and I traveled again to the top of Stunt Rd. in the Santa Monica Mountains (DM04qb) to participate in the 70cm (420 – 450MHz) SPRINT. From our location more than 2000 feet above sea level, with an unrestricted RF horizon in many directions, 100 watts of SSB & FM, and an 18 element horizontally polarized Yagi, we made 20 contacts (QSOs) in Ventura, Los Angeles, & Orange Counties in 1.5 hours of operating. Interestingly, we worked 8 stations in both Ventura County and in Grid DM13 to the East/Southeast of Los Angeles. Thanks to CVARC/VCARS/ACS members who got on.

END_OF_DOCUMENT_TOKEN_TO_BE_REPLACED

Wow, what a great weekend of radio fun!

This past weekend was the 54th Annual California QSO Party.  This was my second year participating.  I operated for about 7 hours, over the two days, and I managed to make contacts in 26 California counties, 27 states, 3 Canadian provinces and two other foreign countries (France and Honduras).  79 contacts in all.  I worked fellow CVARC member Bob Hughes-K6HHW and heard Norm Campbell-AB6ET as we both tried to work an Italian station.  I also heard Pete Heins-N6ZE.  Hopefully other CVARC members were in on the fun, especially those who recently upgraded to General.