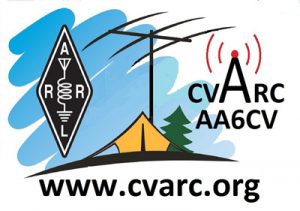 The Conejo Valley Amateur Radio Club (CVARC) is made up of people who enjoy the hobby of amateur radio, commonly called “ham radio.” The club’s primary purpose is to exchange information to build knowledge of amateur radio.

CVARC is a large club with roughly 170 members.  We’re a very social club, and we always have a lot going on.  We try to have something for everyone; meetings with guest speakers who talk about a wide variety of ham radio-related topics, workshops and project builds, on-air nets, classes and training and emergency communications.  We have Morse code enthusiasts, digital mode enthusiasts, QRP-ers, contesters… and lots of people who like to build things!

CVARC has monthly meetings, always on the third Thursday of the month.  Meetings are held in the Community Room of the East County Sheriff’s Station, 2101 E. Olsen Road in Thousand Oaks.  Meetings start at 7:30 pm, but 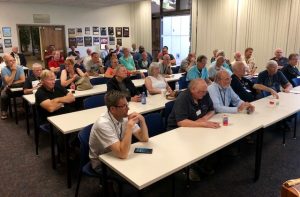 people tend to arrive around 7:00-ish to socialize.  It’s a great opportunity to meet people and maybe get some questions answered or get advice.  There’s always a guest speaker.  For those who are interested, there is also a pre-meeting dinner, at 5:00 pm, always at a different restaurant.  The speaker and topic for the upcoming meeting, as well as the pre-meeting dinner information, can be found under the Next Club Meeting tab. 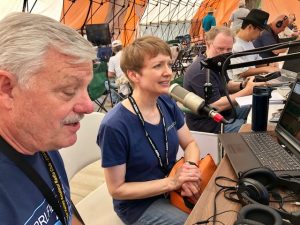 Amateur radio’s biggest annual event is Field Day, which is always held on the last full weekend in June.  CVARC routinely has 15-20 stations operating on different bands and utilizing different modes.  It’s always a pretty impressive operation.  Look for photos under Links tab.  The club also has several other “Mini” Field Day/Picnics during the year.  These Mini-Field Day/Picnics are also a great opportunity to operate as well as check out other people’s gear and ask questions.

CVARC hosts a Newbie Net on Sunday nights at 7:00 pm on the BOZO Repeater, 147.885 (-127.3).  This is an opportunity for newly licensed hams to get on the air and ask questions and get advice from more experienced hams. 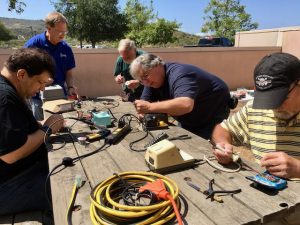 as several project builds throughout the year where members get together, usually at the East County Sheriff’s Station, on a Saturday morning, to build something such as an antenna, a battery box or a field strength meter.

CVARC offers classes several times each year for those interested in getting licensed or upgrading their license.  The Technician Class is typically held over four Saturdays.  The General Class is five Saturdays.  Classes are at the East County Sheriff’s Station.  Classes are free, you just need to purchase the ARRL book.

For more information on the classes go to Licensing Classes in the Categories menu.  The classes usually lead up to the VE Test Session.  The test sessions are in the same room at the Sheriff’s station.  CVARC holds test sessions every other month (The second Sunday in February, April, June, August, October and December).

Some of our members train and are involved in Emergency Communications.  We have a weekly check-in net and, once a month, CVARC members staff radio rooms throughout the community to ensure that equipment is operational and ready for situations when other means of communication become unavailable.

We have members who are all about Morse code, and they’ve formed the Morse Group, a club within the club to promote learning and using Morse code.

You can find us on Facebook, and we also have a Groups.io Discussion Group, which is another great place to get and share information.

CVARC is a 501(c)(3) non-profit organization incorporated in California and established for the benefit of the amateur radio community.  Our bylaws govern our activities and are available for all members and the public to read. CVARC is led by a board of directors.

CVARC is recognized as an ARRL Special Service Club for its leadership in providing training classes, publicity programs, technical projects and operating activities for local hams.

General email can be sent to info@cvarc.org.  Other correspondence can be mailed to: